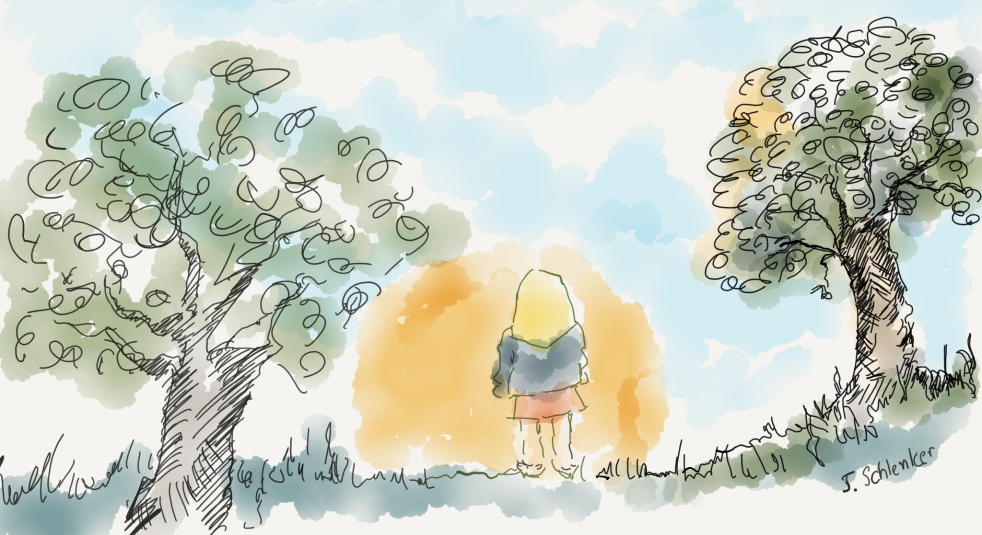 February is the month of celebrating Mystery Thriller Week 2017 – a collaboration of over two hundred authors, mystery and thriller fans, bloggers, podcasters and book enthusiasts from around the world. Last month I had the pleasure of introducing you to Jennifer S Alderson and her intriguing article about Amsterdam, Dutch masterpieces, mysterious mist-filled canals and looted art.

This month, we shoot over to the opposite side of the globe, Appalachia in Kentucky, to an author who also illustrates her own books (Yay!) and I just love her mermaids illustration so much that it’s this month’s featured image! May I introduce my guest host: Jerri Schlenker. Welcome to Oz, Jerri!

The Mystery of Sally

The most excitement is always the project at hand. And that project is Sally. Sally is a mystery that started around age six. I first heard about Sally from my aunt when I was that age. Sally was born in 1858 into slavery. She lived to be 110. I was fascinated to hear my aunt talk of her. I was amazed that my family even knew someone who had been a slave, or even a black person for that matter, because I grew up in the country, attending a small school where there were only whites. As far as I know my small town to this day consists only of whites. Maybe one reason I was so enthralled with the idea of Sally was that I would be writing about her one day.

Nearing retirement, I was at a loss when it came to how I should spend my time. My husband, the kind man that he is, said do whatever you want to do. I had no idea. But one day, we were cleaning out a bookshelf and he came upon an old notebook, poems I had written in high school. He said, “Why don’t you write?” My immediate thought was but what do I have to write about? When we ask the universe a question, the universe answers. That answer was Sally.

For some reason Sally was one of the pivotal moments of my life. After pumping my aunt and other family members with questions about her I was elated when at age eight my father and uncle decided to pay her a visit. I sat in the back seat while we drove for over an hour before the benefit of an interstate to the house where Sally resided with two bachelors. She had taken care of them as babies and ended up living with them in her later years. I’ll never forget the moment when I walked through the back kitchen door. At 103 years of age she was stooped over, mopping the floor. She lifted her head to say hello. I think our souls touched on some level at that moment. I swear I saw a halo. It wouldn’t be until decades later that I would learn some of the gruesome details of how she earned that halo.

Now, if only I had kept pursuing Sally’s life, but my own life happened. You know, those teenage years. And then marrying and having a daughter. I do remember hearing my father say later she was in a nursing home. I remember even where we were when he told me. It was sort of like remembering where you were when John F. Kennedy was assassinated. I remember both. She died in 1969. I only saw her that one time, but she must have remained in the back of my mind ready to spring forward when the time was right. Sadly, time had erased many of the people who had really known her by the time I was inspired to write about her.

My husband was more than encouraging in my pursuit of Sally. At first I thought it would be easy. I found that not to be the case. I started with ancestry records – nothing. Trying to find out about an African American born into slavery is almost impossible. There was nothing online. There was a lot of travel involved. There was also hiking.

My husband did the driving. When I think back on it, it was like Driving Miss Daisy. We found Sally’s obituary. I was elated. The elation didn’t last that long. It was wrong. There were two Sallys. I made blind phone calls and traveled to talk to people. People opened up more in person than over the phone. It was always: “I don’t remember much. I don’t know what I could tell you”. But after much perseverance the conversation turned to: “Well, there was this one thing, but I don’t think you would want to write this…”  Visiting old people was a reward in itself. This happened about ten years ago and lasted off and on for three. Now, I’m on the verge of old myself.

Everything conflicted in some way. There had to be two of Sally. At the same time the people I interviewed said, no. Information came in trickles. I grasped for any tidbit. It was hard making people understand that even something mundane would help me to understand her life. Most of the information was mundane, but on some days something big would come my way, in some cases, some game changers.

My proposed book cover for Sally. This is the altered picture that Rebecca gave me.

One such day was finding Rebecca who was a year younger than me. Her family knew Sally and went to family reunions, the ones Sally attended. The thing was, Rebecca, had hyperthymesia – she possessed the ability to remember most details of anything she had ever seen or heard. Before talking to Rebecca I had almost given up on the idea of there being two Sallys.

But Rebecca said: “It depends on which Sally you’re talking about.” I felt like Columbo at that moment. There was Sally the mother and Sally the daughter.

Rebecca had a picture of Sally seated at a family reunion. She was 101 at the time the picture was taken.

At the time I was researching Sally I wrote pieces on my blog about her and a few newspaper articles. I kept writing, but filed my notes away. I did three NaNoWriMo’s. It was time for a fourth. The universe one again said, Sally.

Sally will be a work of fiction because I can never know the exact truth of her life.

Schlenker, a late blooming author, lives with her husband, Chris, out in the splendid center of nowhere in the foothills of Appalachia in Kentucky where the only thing to disturb her writing is croaking frogs and the occasional sounds of hay being cut in the fields. Before embarking on writing, Schlenker wove in her weaving studio in the same quiet foothills.

Her first novel, Jessica Lost Her Wobble, published in December 2015, was selected as a finalist in the William Faulkner – William Wisdom Creative Writing Competition and won a Five Star Readers’ Choice Award. It has also been a book club selection and has a Reader’s Discussion section at the end.

The Color of Cold and Ice is her second novel, and was born out of her love of art and her favorite artist, Van Gogh.

The collection of short stories was also an excuse to create whimsical drawings to go along with the stories. Mermaids is the artist’s/author’s favorite. This book is featured in Mystery Thriller Week, February 12 – 22, 2017.

All three books can be found on Amazon, Barnes and Noble (Nook), iBooks, Kobo and most outlets in electronic and paperback versions.

You can grab your copy of Jerri’s books here: J Schlenker on Amazon

Anyone can join in and participate in Mystery Thriller Week, and it all hots up during the week of February 12 – 22, 2017 at www.mysterythrillerweek.com. Check out the amazing books, talented authors, personal interviews, new releases, upcoming events and lots of giveaways, prizes and free stuff too!

Published by athursdayschild has a long way to go and much to be thankful for.

View all posts by athursdayschild has a long way to go and much to be thankful for. 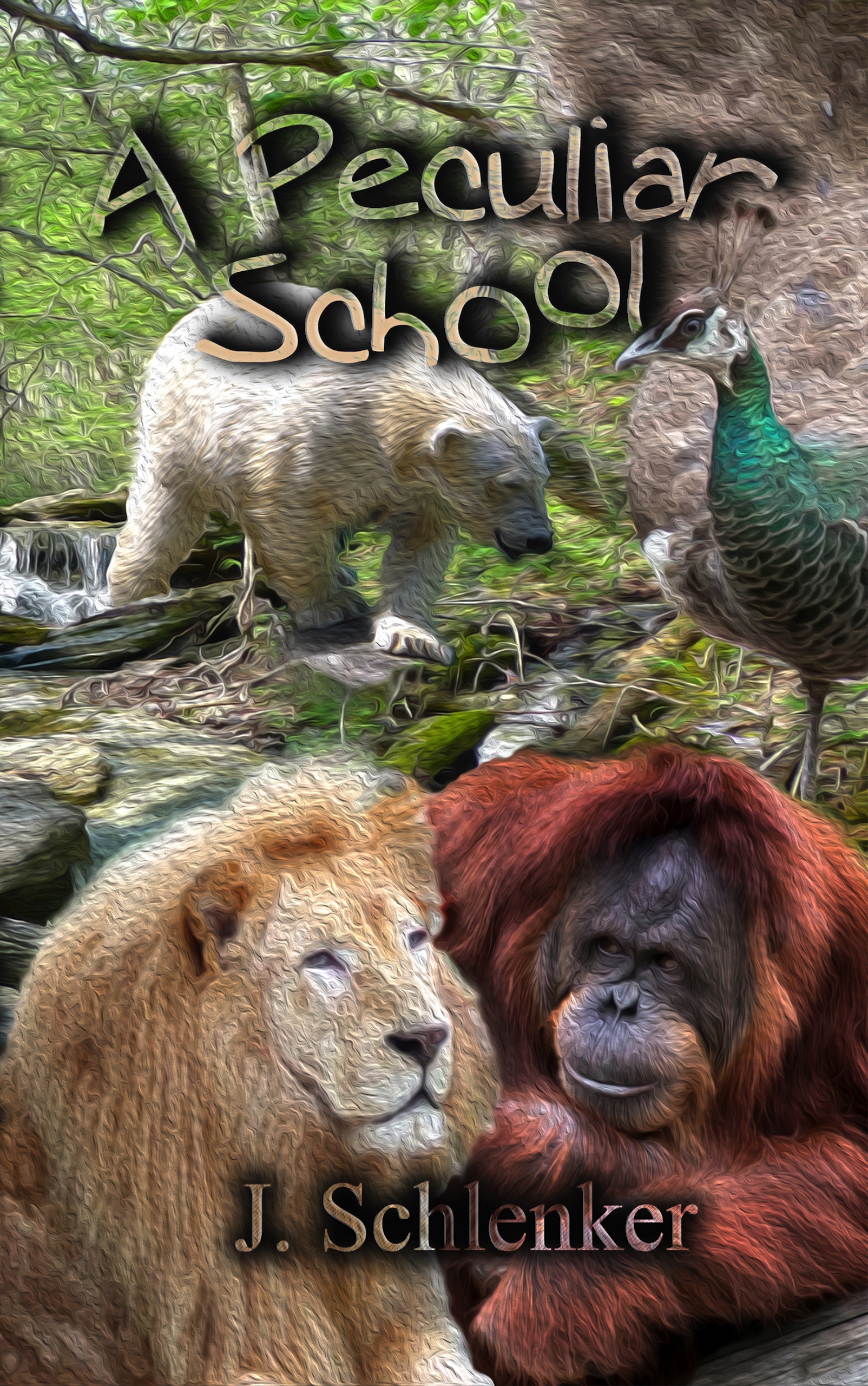